A rogue-like adventure game about fellow guys stuck in a cursed loop!

Build your team and change their position to create interesting combos. Know your enemies and prepare wisely, or your journey is not going to last long...

Every runs are different, everything is generated procedurally.

0. The game is made in 72 hours, so yeah, nothing to expect. A fun concept, fun simple style, I like it. I think it could be very cool if developed properly.

1. Shaman's broken af. She RESETS the loop, she doesn't revers it as it's written. And if you pick multiple shamans their effect don't simply stack, they multiply. The shaman before get their power back when the ones after reset the loop. Absurd. It's not worth to buy anything else. If you find a shaman and have the money to buy her, just do it.

3. The game crashed/freezed/fade to black after the lv 13 boss. No victory music, no ending... Don't know if it's a glitch or if it's finished like that.

The Shaman's  ability "reversing the loop" is misleading- I figured it would make the loop go in reverse, but it just restarts the loop entirely. Not a bad thing at all, per se, but that should probably be reworded.

OK, super fun concept, but forget the Bard; the Shaman is obscenely OP. Place one at the end of the loop, you basically get a double turn. Place two, you get four turns. I got three easily, and could have added a fourth, which would have yielded a whopping sixteen turns in one. If you ever get back to this game, you absolutely need to nerf the Shaman.

It doesn't actually multiply, shaman abilities don't reset when you reverse the loop.

They did when I  last played the game. 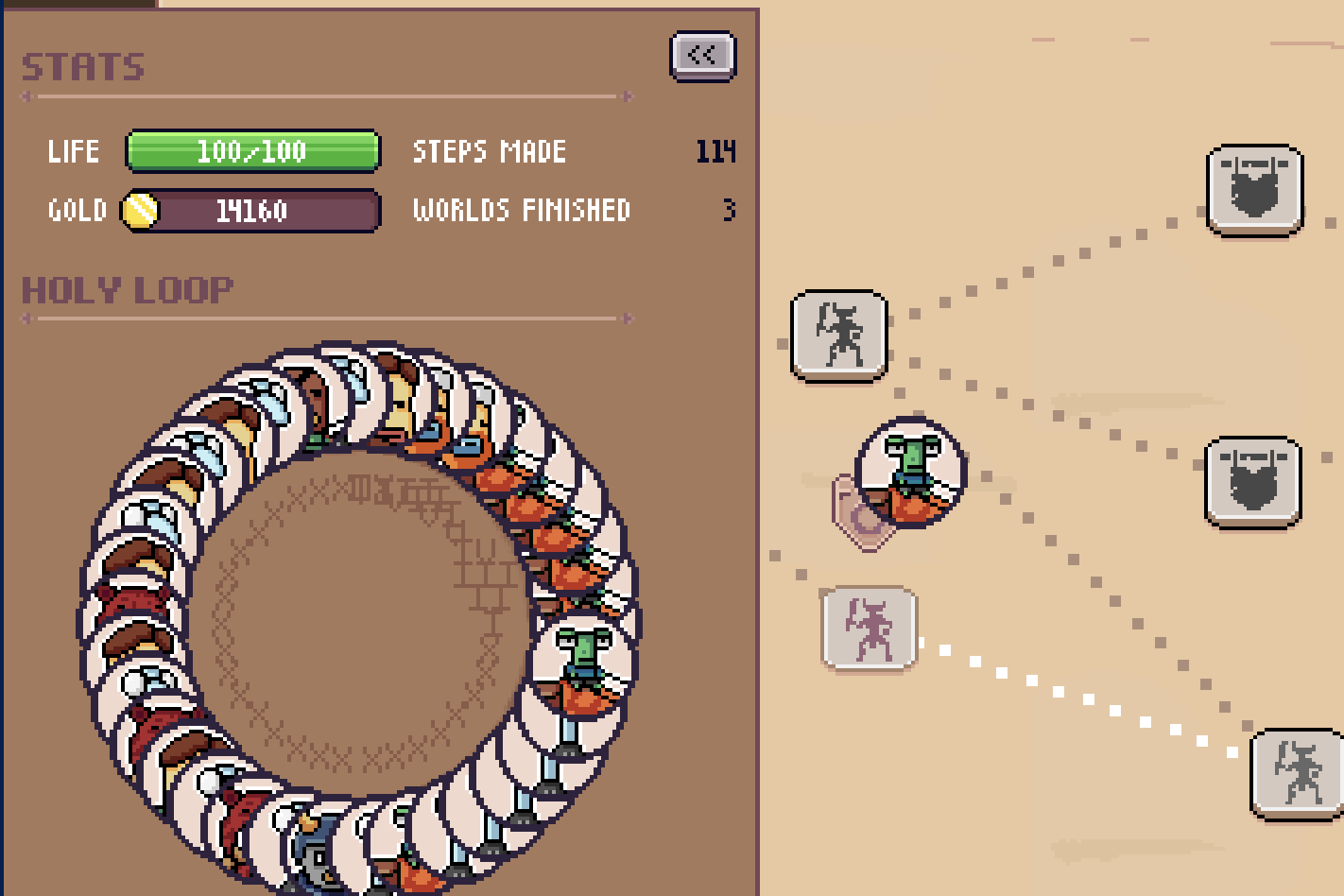 Reply
A Normal Penguin1 year ago

Aaaah!! the game got stuck when I put a bard and a repeating lady on the last places of the loop! the bard on the first position keeps trying to perform his action!

it does not let me in

However, I got a weird glitch where one of the heroes portrait moved to the map, and then I was not able to reorder. 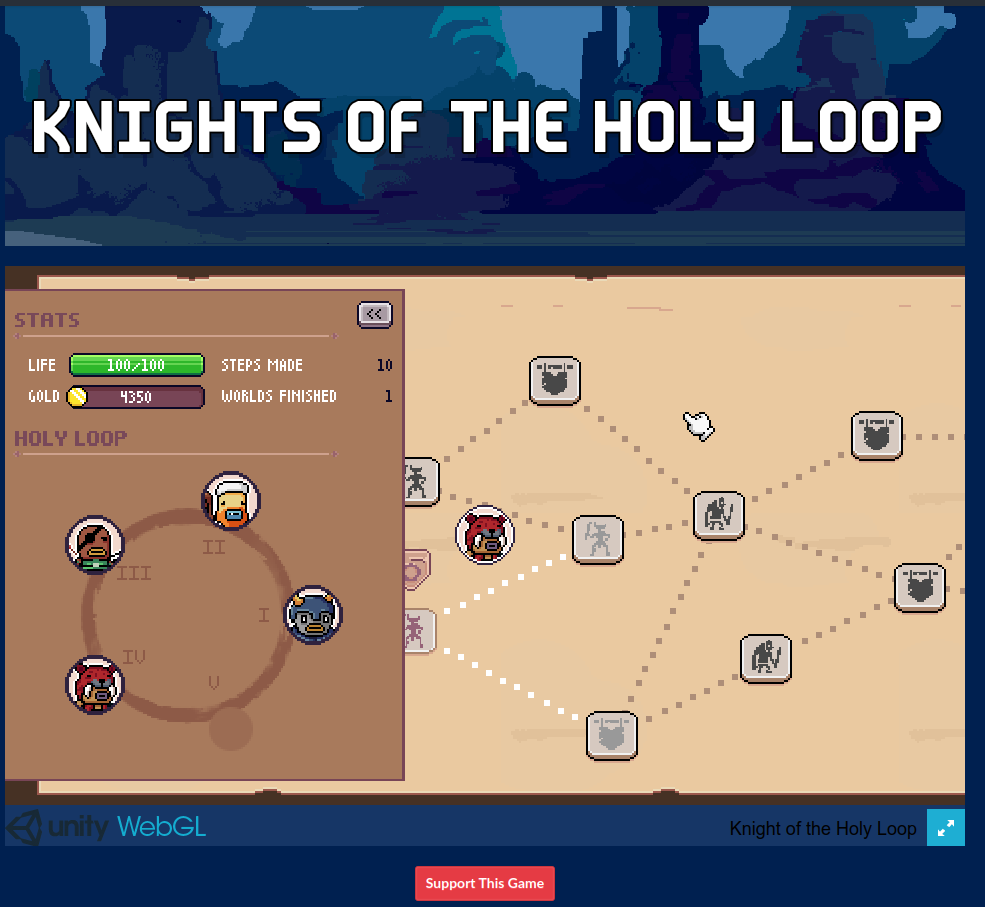 awesome game, but with 3 shamans at the end you will forever loop and the enemy won't get a turn

Awesome game, but it's very easy, just go to shop and buy bard and wizard over and over, its op

Art looks great, music sounds amazing, I would like a volume changing option, wither it muting or some sort of slider. I encountered a glitch when changing position of characters and they seemed to stack on top of each other, the game still worked, but I just cant tell who the characters stacked on each other are; but, overall a pretty great game and I would recommend it.

Fun concept! And the art has lots of character. Wish is was more fleshed out.

I would like to request a "quit loop" button.  I got into a heal war.  Neither side could kill the other and healed fully.  I was forced to reload. 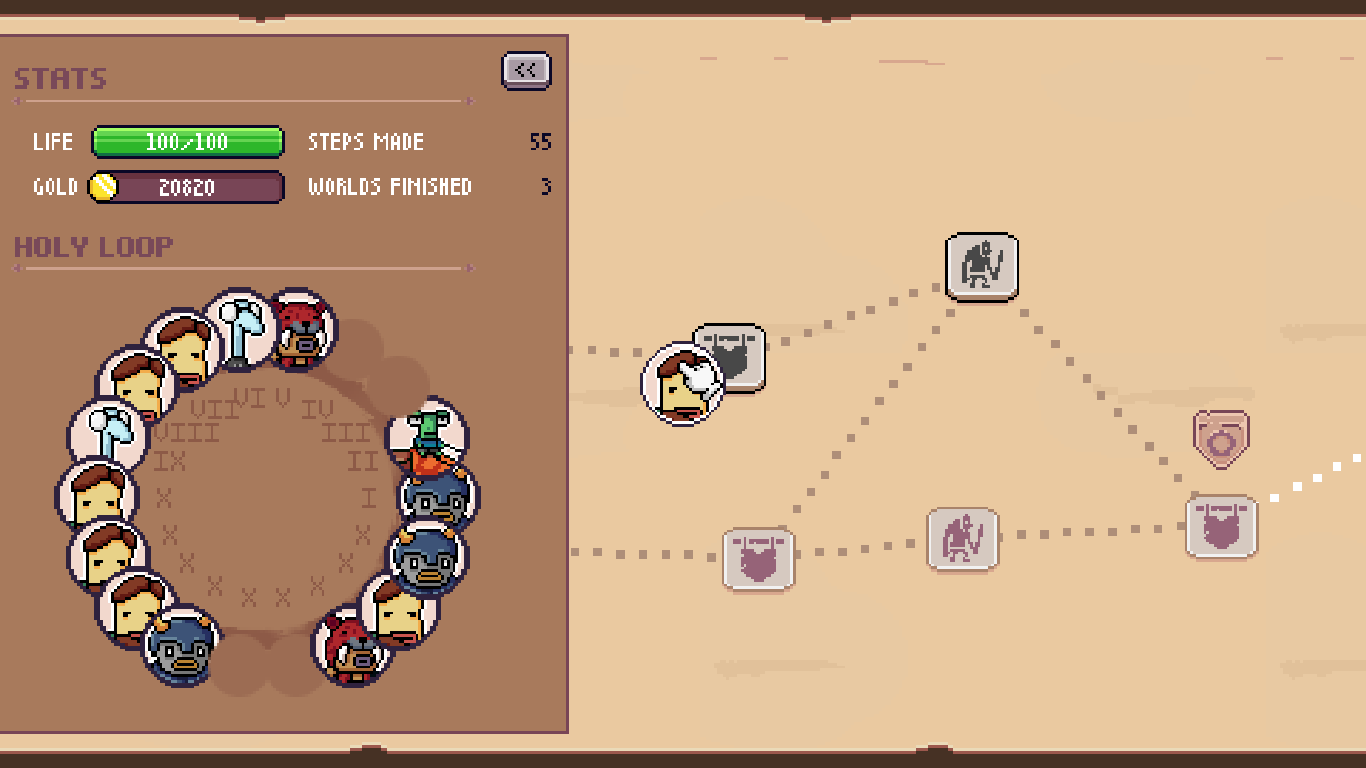 Guys... I don't know what I did. But something somehow, got Really messed up..

This js a pretty good idea...bjt the text is kind ahard yo read. Loke I can still read jt but it looks too blocky for me. Otherwise I'm adding thje to my phone to play on my off time. Good job

I broke the game with a bard and shama

Love it :) Thank you very much!

If you try to use a bard on a mage the game gets stuck. Other than that very fun game that has potential if further worked on.

Putting a bard next to a bard also breaks the game, I was hoping it would give me a x4 on the next guy >_< Had a lot of fun with it up to then though!

Interesting concept for a game! I like the idea of strategy when it comes to assessing the enemies and choosing what order would be best for dealing with each unit. The branching paths also add some nice decision making for the player.

However, I found that it became a bit too easy rather quickly. The first loop was balanced fine, but when it came to the 2nd, I felt like I was able to become overpowered with many new units very quickly. By the 3rd loop it wasn’t a challenge at all. One thing that could improve this is only being able to purchase one unit at a time. Another idea would be drastically reducing the amount of gold earned. If the game is tweaked a bit, it could be a challenging and fun experience. (I only played till the end of the 3rd loop, so my impressions are based on that.)

As a side note, when I tried to install and run the game through the itch.io app, I got an error. Not sure if this will happen to anyone else, but I just played the game in a browser window.

I still enjoyed what I played though! I made a video with my commentary and experiences. Keep up the great work! 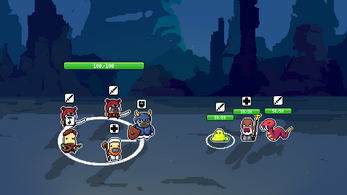 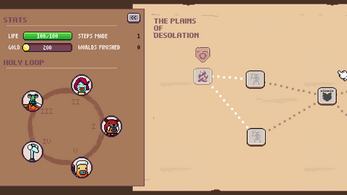